Solar energy is our earth's primary source of renewable energy. It is a form of energy radiated by the sun, including light, radio waves, and X rays, although the term usually refers to the visible light of the sun. As oil prices have gone up and other energy sources remain limited, nations are increasingly searching for safe, reliable long-term sources of power. In this scenario solar energy proves to be an abundant energy source which can be put to use. Electricity generation from solar energy at present is no more a new concept to the world. Solar electricity is being clean (pollution free), silent, limitless and free will play a great role in the times to come in the present energy driven civilization. Solar energy is useful in many ways, some are as listed:

Every second 657 million tons of hydrogen are converted to 653 million tons of helium in our sun. The missing 4 million tons are converted to light and heat energy via Einstein’s E=MC2 equation and radiated into space. At an average distance of 93 million miles from the sun, the earth collects approximately 4 lbs. of total energy, which supports life on earth as we know it. For every kWh of electricity generated by solar energy, the following emissions are avoided since that kWh need not be generated from a fossil fuel power plant. In one year, the approximate avoided emissions in lbs/year are: 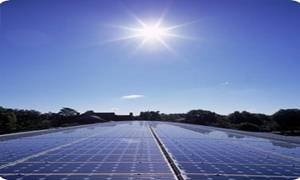 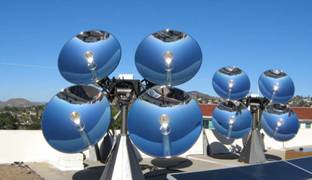 The main principle involved is to focus sunlight on a receiver, where the circulating fluid gets heated & thereby drives a steam engine to generate electricity.
Modes of Generation: 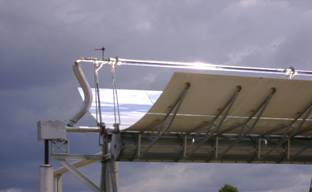 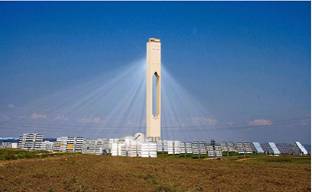 Among the renewable sources of energy, solar energy has a huge potential for power generation in Maharashtra. There are 250-300 days of clear sun with an available average radiation of 4 to 6 kWh/sq.metre over a day. There is a capacity to generate 1.5 million units/MW/year through solar photovoltaic systems & up to 2.5 million units/MW/ year through solar thermal systems. Maharashtra is already in process to boost this enormous source and interested solar project developers can submit their proposals to MEDA.